The idea for an Ford Anglia 105E Owners Club dates back to 1972 when a monthly magazine called “Hot Car” printed this advert ….

…. one John Colyer, wrote and offered his services. Alas however, due to lack of support and other factors, the club did not get under way, though John did have printed some 250 membership cards and other stationary in anticipation.

Renewed interest was stirred again in April 1981 when an article in ‘Practical Classics’ magazine concerning the then new Assistant Editor, John Williams showed he had in fact learned to drive in a Ford Anglia 105E.

Interest in a club was once again generated in November 1981, when in the same magazine (Practical Classics) Paul Guiness wrote saying he was hoping to form a club for the Ford Anglia. 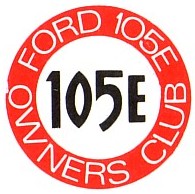 With the help of both members and officials, the club went from strength to strength. Membership numbers climbed and the benefits available to those members increased.
The Club became recognised as a motor club by the Ford Motor Company Ltd, the Royal Automobile Club (MSA) Ltd and the Automobile Association.

In January 1993 the club changed its name to the Ford Anglia 105E Owners Club. 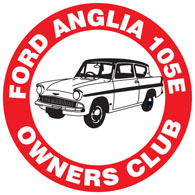 The Club still provides the same service to its members, and despite the car getting older, it is getting a whole new set of fans. Where membership to most owners clubs is waning, the Ford Anglia 105E Owners Club is managing to keep an enthusiastic 800 + members going and has local area groups and representatives all around the UK.