What’s In A Name?

Well quite a lot actually.

Some say that the car Ford launched just after Britain declared war on Germany in September 1939, was named the Ford Anglia for patriotic reasons. Whatever the reasons for Ford using the name Anglia, by 1968 it was decided that maybe it was not the right name for the 105E’s successor. As the replacement for the 105E was going to be a true European Car, Ford decided that the name Anglia may be a bit too patriotic, so a change of name was needed, and the Escort was born.

This little nugget of information made some of the newspapers of the time.

A Ford Media 2008 Presskit for the 40th Anniversary of the Ford Escort also contained the following Paragraph.

Originally, the Escort was planned to continue the Anglia name, but it was felt to be too “British” and Escort was adopted instead. 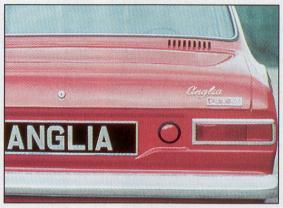 So there you have it.
The Escort: an Anglia in all but name!