Sounding something like a Science Fiction TV Program, Project 195X was the initial codename for the Ford Anglia 105E.These days we are used to long development programmes for modern cars. It wasn’t always the same story back in the early post war years, but the Ford Anglia 105E actually had quite a lengthy evolution process. The “new” Ford Anglia 100E was launched in October 1953, but less than a year later, in September 1954, Ford had started work on Project 195X, the replacement for the 100E.

The following photos are taken from two Ford Motor Company Manual detailing the development of the Anglia, and passed onto the Club by Roy Lunn of Florida, who worked on the original design. 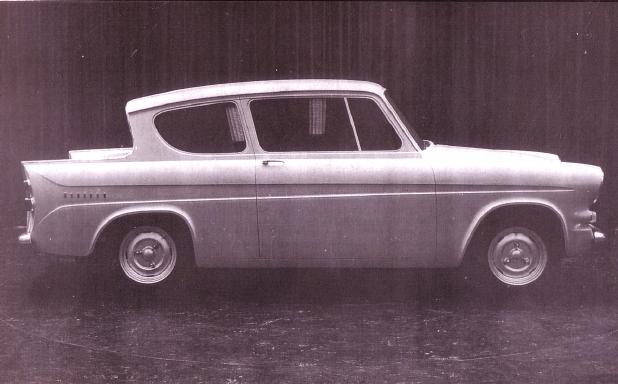 If anyone has any further information or (better?) photographs about Project 195X then please do not hestate to email us. It would be much appreciated.