A door is only as good as it’s lock

Strike plates or door strikes are the protective metal plates installed in the door jam that receives the latch or lock tongue when the door is closed. The ones in issue are the dove tail striker plates incorporating an aggressive toothed pattern on the bottom of the plate. This type is used on the Anglia 105E/123E, Consul, Zephyr, Zodiac and more. As English Fords from the 50’s/60’s continue to age, I’m seeing striker plate teeth wearing to a point of safety concern. In those conditions the door needs to be slammed hard to close properly. In that case a new replacement is necessary. I’ve contacted many sources regarding the availability for new plates with no avail. So I decided to give it a try and repair the most promising plates.

Note: To start with, door latches need to be in good condition.

Figure 1 and 3 plates are in good enough condition for repair. Figure 2 cannot be used for this type of repair. These are worn beyond a point of safety and the door will be in danger of flying open whilst the car is being driven at speed.

I’ve had success with using J-B weld epoxy. After rough sanding the worn area apply epoxy to plates to Fig 1 and Fig 3. Fill the cavity over flush in Fig 6. After the epoxy is dry file down until flush Fig 7. The epoxy filling is still holding to the plate tooth pattern on my Anglia 124E after a few months with little wear showing at the same time preventing any further wear on the tooth pattern. The filing may one day fall off but I’ll just re-apply a new batch.

Fig 8 are restored early type striker plates with new bumper rubber. Be sure that the door lock striker safety plate is installed p/n: E2093-AA-1 on both early and later striker plates. 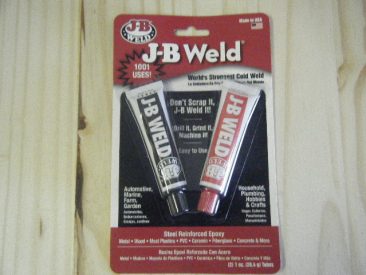 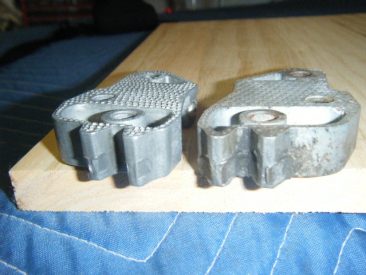 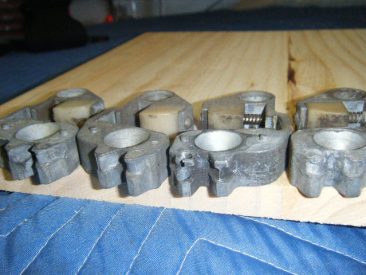 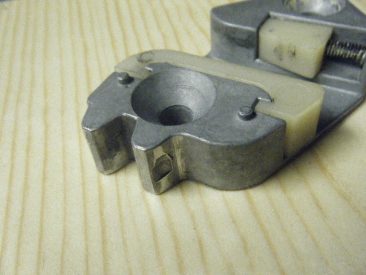 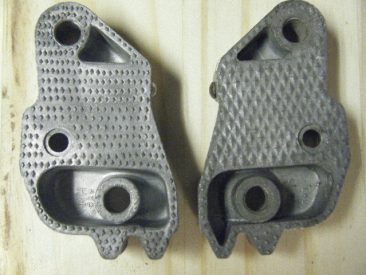 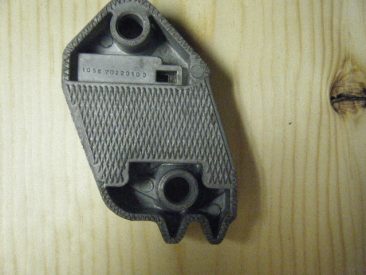 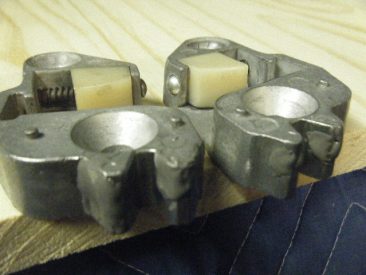 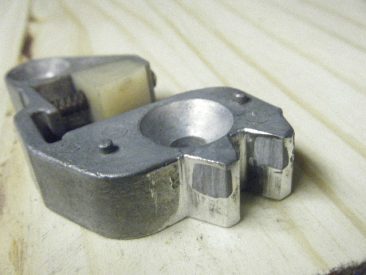 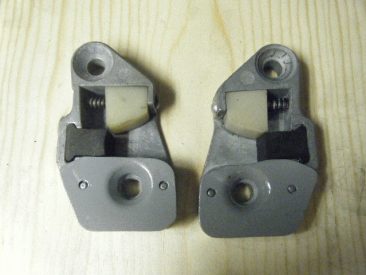