The “All New Ford Anglia 105E” of 1959 not only had an attractive, new and unique body style, it also sported a new four cylinder overhead valve (OHV) type engine with a cast iron cylinder head and block. This new engine finally allowed Ford to break away from the old side valve units, which had powered the previous 100E small car range.

The Anglia 105E Engine featured overhead valves and “over-square” dimensions with bore and stroke measurements of 80.963mm x 48.412mm respectively. The new engine had a cubic capacity of 996.6cc and developed 39bhp at 5000 rpm, which pushed the new Anglia along at a respectable speed for 1959.

Specifications of the 997cc and 1198cc Engines.

By continuing along this path, Ford extended the stroke even more to create the 1340cc and 1500cc engines, which would ultimately be used in its new car range at the time. 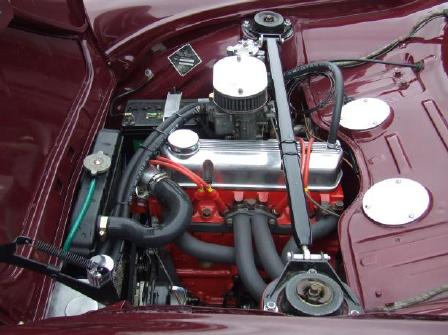 The Ford Anglia 105E Engine was used in various “Specials” as a means of motive power for different car manufacturers.

The Ford Anglia 105E Engine was also marinised by various Companies and used as inboard motors to power motor cruisers and riverboats.