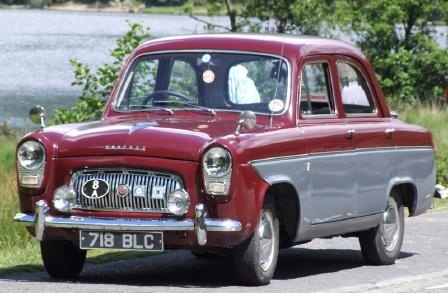 A strange idea? Actually is was rather a clever move on Ford’s part. It ensured that those buyers who insisted on four doors could still but a Ford, and anyone who was doubtful about the Anglia 105E’s relatively outrageous styling could opt for the subtler approach offered by the Ford Prefect 107E. To differentiate intself from the previous 100E range the Prefect 107E had some plusher touches than had been the case on previous 100E’s and came came with two-tone paintwork as standard.Despite these advantages, the Ford Prefect 107E stayed in production for little more than eighteen months.